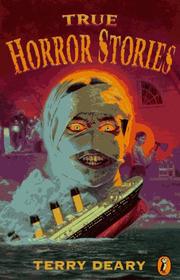 A collection of horror stories from around the world based on experiences which someone has claimed are factual.